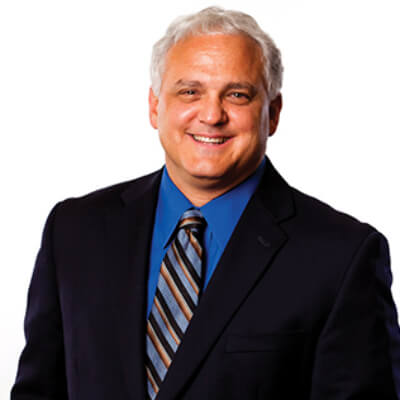 Dr. Miller is a native of Oklahoma and was raised in Oklahoma City. He graduated from the University of Oklahoma where he obtained a Bachelor of Science in Microbiology. He received his Optometry degree from Northeastern State University Oklahoma College of Optometry in Tahlequah, Oklahoma. Following his doctorate, Dr. Miller completed a one-year residency in “Advanced Diagnosis and Therapeutics of Ocular Disease.” He then practiced in Tulsa, Oklahoma for ten years in a primary surgical practice that emphasized medical, surgical, and laser eye care. He joined and eventually became partners with Dr. David and Cherry Cockrell in 1998.

• American Board of Optometry, Diplomate

Past President of Oklahoma Association of Optometric Physicians

Served as a member of several Oklahoma Association of Optometric Physicians’ committees, including Future Technology in Eyecare, Government Relations, Children’s Coalition Task Force, and the Governance Committee responsible for initiation of electronic health record compliance and implementation. Currently serves as the District Director for the Oklahoma Association of Optometric Physicians District IX, and is a consultant to the Oklahoma State Athletic Department.

Dr. Miller is active in his community. He has served on Stillwater’s Smart Start for child advocacy ages six and under, is a current Trustee on the Stillwater Public Education Foundation, is Past President of the Pawnee Rotary Club, and also served on the Pawnee Municipal Hospital Foundation. He has also been heavily active over the last 20 years in various legislative activities at the Oklahoma State Capitol to help promote the ocular health of the citizens of Oklahoma. In addition, Dr. Miller has participated consistently as a volunteer since 2003 in the Special Olympics Lions Club International Opening Eyes program held annually for Special Olympics athletes on Oklahoma State University’s Stillwater campus.

Dr. Miller is married to Marie Miller, and they have three children.